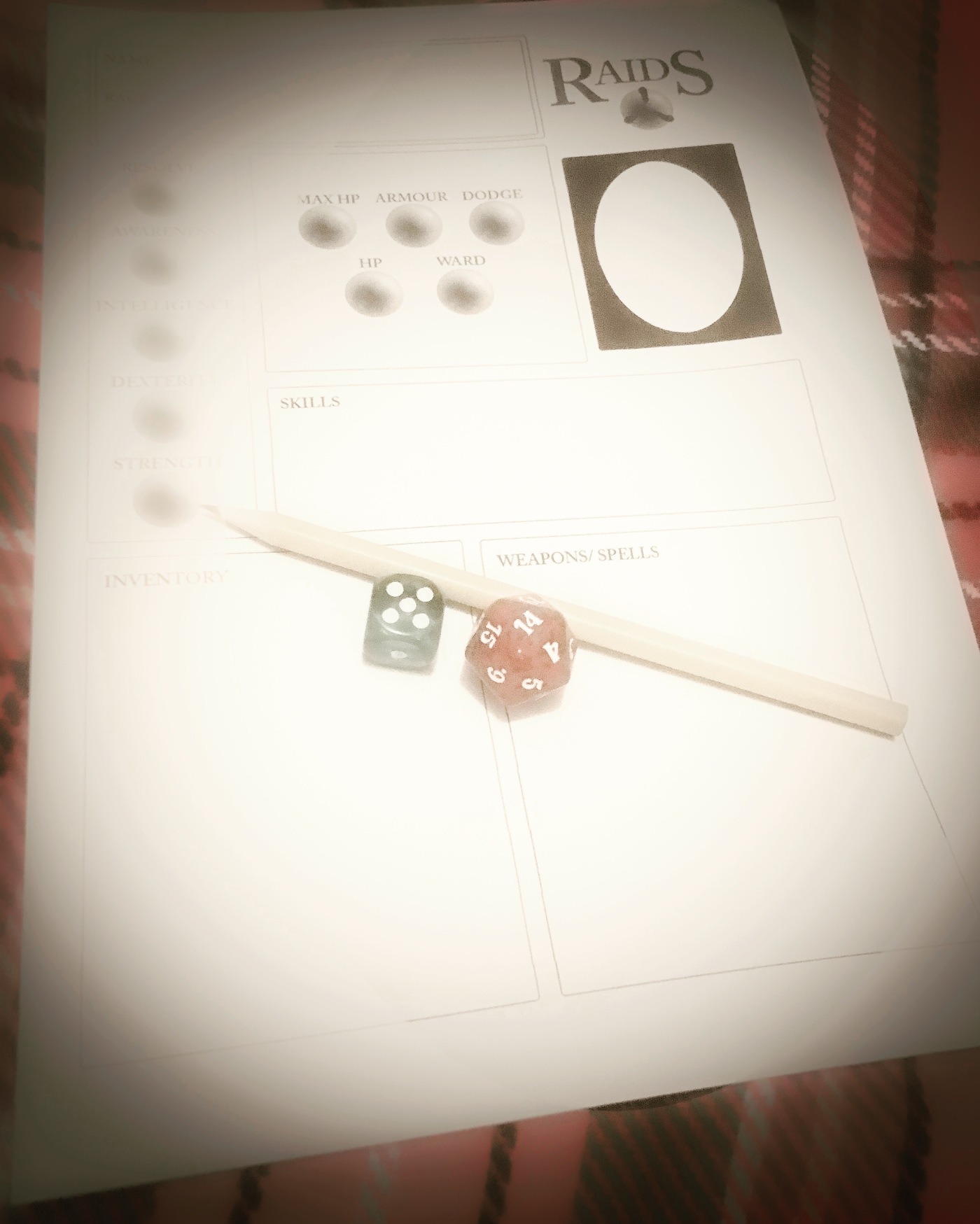 I’m going to level with you here- I love creating characters. Even in the times where I had no active games, I used to roll new characters anyway. Whether it was to find any interesting dynamics, or to get an idea out of my head and onto paper, character creation has always been a keen interest of mine.
Because of this, I knew that a big focus of RAIDS was going to be character creation. RAIDS is a storytelling game at heart, and great stories start with great characters. I didn’t want the rules to be too constrictive so that players didn’t feel able to make the characters they wanted to, but of course I had to put limits in place so that all players were able to enjoy the game equally. The rules are open ended and not just linked to the campaign world that they come with. My hope is to eventually support all genres and all worlds that players would want to interact with seamlessly- so that a character could fall from one world into the next without needing to learn a new rule set, or change their sheet around.
Most roleplaying games revolve around core attributes or stats, and RAIDS will follow that trend. I wanted to make them simple but diverse, so that new gamers aren’t overwhelmed but experienced players can get the level of complexity that they want. There are 5 core attributes which players will need to roll for when creating their characters. The stats are a little lower in values than some RPGs, but that is to give it a more grounded feel so that the characters don’t seem overpowered- every choice will have a consequence.
Skills will be governed by the main attributes but there won’t be a long list of them. Because RAIDS focuses on stories, characters will be able to attempt any possible action to aid the story without checking to see if they have the skill or not. There will be some bonuses given for trained skills, which they will pick some of when creating their characters, and as they perform certain actions again and again they can train new skills to progress their character.
Levels and classes are another core part of most RPGs- but RAIDS has neither. Characters will progress by improving their skills and techniques, rather than gaining HP and higher stats. This helps to keep the game a bit more grounded, but also give a higher sense of achievement to defeating bosses and dangerous missions. The reason behind no classes is simple- that way players can create whatever characters they want to play as and not be pigeonholed into a role they may not want to. If they want to wield magic, or sneak around, or both that is their choice: not what the class says they should do.
A few weeks ago I finished the prototype of the character sheet and sat down to roll a character. Piece by piece the rules are getting finalised (magic was a big sticking point for a long time, but more on that in the future…) and I can’t tell you how proud I felt to make it through the character building process and hold that sheet in my hand. Soon I hope that all of you can share a bit of that too as we get closer to playtesting and the release. 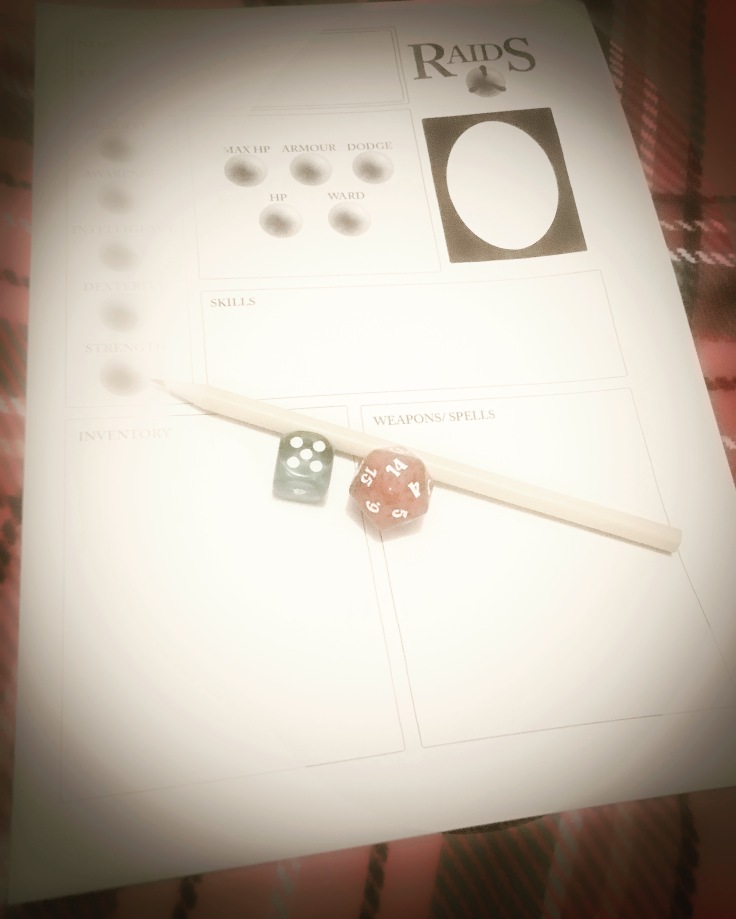